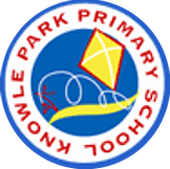 Here are the winners of our Knowle Park 500 Words Competition.

Thanks to everyone who took part! There were so many brilliant stories and texts to read it was so hard to find just three winners. But afer reading and re-reading we managed to choose these 3 epics.

We hope you enjoy them as much as we do!

One day in the deep dark woods lived a fairy boy. He lived in a treetop and his name was Jack. He was 6. Jack lived with his mummy who was queen of the fairies.

Jack was walking in the woods one day and was having such a fun time. He turned around and he heard stomping feet, a black nose was poking out from behind an old twisty tree. Then a fox pounded out he ran after Jack and he said don’t be frightened do you want to come to the woodland party with me. There will be swings and a bouncy castle and we might be able to get some candy floss? “OK” said Jack. So the fairy flew around and the fox leapt from tree to tree.

When they got there, there was loud rock music and a merry go round made of acorns. An owl was doing face painting. Jack said “let’s get our faces painted”. “I want a skull”. The fox chose a pumpkin. They said lets go on the bumper cars but whoops he nearly got bitten! Then he ran deeper into the forest. It got darker and darker and scarier. But then, a magical baby unicorn appeared and made everything light again and she made lots of flowers grow. Beautiful lilly flowers and colourful daffodils and dandelions. Wow! Said jack. One flower came alive and ran towards Jack but went past him. ‘I’m going to the woodland party!’ it shouted and they both laughed. ‘Ha ha ha ha!’ ‘Let’s all go!’ said Jack. The unicorn agreed ‘ok’ she said. The flower and Jack got onto the unicorn and rode all around the woodland festival I’m all dizzy said the unicorn. ‘Jack! his mummy shouted ‘dinner time! ‘OK!’ he shouted. So he walked and he walked all the way home, and when he got there his mummy had cooked a delicious roast dinner. ‘Thank you! Said Jack in a delighted voice, ‘I had an amazing day today! Let me tell you all about it’.

The Girl who had Gills by Niah

Once there was a girl called Pearl who was 9 ½.  She lived in Cherrywood Town.  She was just like any other child except for one little thing (actually a BIG THING!).  She had GILLS!!! She always felt a bit different to her friends because she had gills and all she wanted was to be the same as them.

Pearl hid her gills by always wearing a scarf (even in the really hot weather).  When her class had swimming on Wednesdays, she would always make up a good excuse so she couldn’t go swimming because she would have to take the scarf off and everyone would find out about her gills.

Her best friends Lily and Emily were the only people who knew about her gills apart from her family. They thought having gills was really cool but Pearl still didn’t like having gills.

One day she thought of an idea to get rid of her gills.  She was going to visit the magic creatures that lived in her town to ask them for help.

Pearl decided to go and see the fairy who lived in a beautiful sparkling toadstool at the end of her garden. Pearl asked the fairy “Can you get rid of my gills?”. The fairy replied “Are you sure? Your gills are part of you, they are who you are.” “I’m totally sure. I don’t want them to be part of me” Pearl said.

The fairy waved her magic wand over Pearl’s gills and as she did it, Pearl suddenly felt a tingling in her neck. She touched her neck and the gills weren’t there! Pearl rushed to her room and looked in her mirror and saw the gills were gone and the only thing left was a little red mark. She felt joyful! But just one minute later the gills reappeared.

So, Pearl went to see the magical rainbow fish who lived in the lake down the road to ask her to remove her gills. But the same thing happened again except the fish squirted sparkling bubbles up at her gills and when the bubbles popped on her gills they disappeared. But ten seconds later they were back.

She felt very confused so she decided to go and see the Pegacorn (a unicorn with wings) who lived in Cherry Forest. “Please get rid of my gills” Pearl asked. But the Pegacorn was magical AND clever and said “But your gills make you unique, accept them.”

The Silence by Joseph

Determinedly, I paced up and down the trench, then silence, the bombardment ceases! Glancing at my charred watch, the hands obliterating what could be the last moments of my life. Then, I realise what time it is “one minute” I roared, praying that my voice would not betray my fear. “Fix bayonets”! The shiny blades snapped into the barrels of the guns.

I thought of my daughter swearing to myself that I would see her again, “Rank one, about turn”. Climbing the first three rungs of the ladder I waited, postponing the inevitable, then blew my whistle. We rushed out into no-mans land, if there is a hell surely this was it. Scorched earth, barbed wire and mangled bodies surrounded us.

As we ran towards the German trench the bullets whizzed around us, I managed to crawl under the wire and stumbled in to their trench. I saw a German soldier who was so scared he was rooted to the spot.  Panicking, I fired frantically, the shots mixing with sound of someone shouting “Fire! Fire!”. The soldier went down!

Scrambling through the trench, I cowered behind a dugout, a searing pain ripped through my chest. I crumple to the ground, the last thing I feel is the cold, wet muddy earth making contact with my face. Then silence….

The silence is still terrifying… I was hoping that I would not have to fight so soon after returning from a blighty injury, but here I am back in the trenches and it’s just as I remember…Miserable. I’m told charges across no-man’s land are worse and more frequent.

There are new soldiers coming in every day, they look terrified. I remember my first day and how I felt the same, I feel sorry for them as it doesn’t get any easier. I hear shouting in the distance, so I look through the periscope, my face drops in misery.

I scream out the orders and prepare for the inevitable enemy charge. Then I see them, there seems like hundreds running towards us. They’re the same as most of us, scared and tormented souls who do not want to be here.  I’m still scared but I cope as I’ve spent too many years doing this. Our machine guns rattle drowning everything out, the enemy falls as our bullets rip through them.

I glance to the side as I see a soldier fall into our trench, he runs towards one of my new men, who seems frozen to the spot with fear and doesn’t move. I scream at him “Fire! Fire!” but nothing. The enemy soldier opens fire then ducks behind a dugout, I take aim and open fire, I watch as both fall to the ground.

The enemy retreats, I run over to my fallen comrade to see if he is alive, he’s not! Sadness hits me like a bullet as the silence after the battle washes over the trench.

© 2021 Knowle Park Primary School.
Our school website, mobile app and podcasts are created using School Jotter, a Webanywhere product. [Administer Site]
We use cookies to provide you with the best experience on our website. Read our Privacy Policy to find out more.